BFBS Cologne's Drive Time Show in the late 80s into 1990 was hosted by Alton Andrews until the last show from the BFBS Cologne Studios in Parkstrasse 61, Cologne Marienburg. The last Drive Time Show went out and I was there to witness the sad moments including the late PMcD who sadly passed away in the February 2015.

With the help of the great internet I found Alton Andrews again who hosted a show called "Rythm of the Night" on Diamond FM in the United Kingdom. I tuned into it the other day and I felt like listening again to BFBS Cologne's Drive Time Show with Alton Andrews. He still has the same speed and it is great to hear him on the radio again. Unfortunately, in the summer of 2015 Diamond FM closed down and Alton moved to NovumFm based in Germany, however, hosts the show from the United Kingdom.

Here is the link to the website of NovumFM where you can find the radio player to listen to. Enjoy Alton Andrews again on the radio.

BFBS Radio also made sure the American Charts were played on the network and there surely is no better radio presenter to engage in hosting the American Chart Show than PAUL GAMBACCINI. Thank you to the kind fan of BFBS who went through his collection and digitalised the tapes and made the shows available. I am sure many of you will be very happy with this series to appear here for your listening pleasure.
By the way - Paul Gambaccini still is on the radio and hosts America's Greatest Hits on BBC Radio 2 every Saturday evening. Check it out. Also he sounds still the same than way back when... :)  Happy Listening!

BFBS Radio aired great Soul Shows over the years in programmes such as Soul Train with Andy Peebles, Soul Station with Tony Blackburn and Tommy Vance hosted the Soul Bowl. Thanks to fans from around the BFBS family I am glad that we received so many recordings which you can experience now on this page and enjoy the great Soul Music.
But now enjoy below shows from the BFBS Soul Cave. :)

Tommy Vance hosted a series of "The Soul Bowl" on BFBS in the late 80s. Two of the shows are available below.

BFBS Cologne - A Fairytale - watch this

Staff, Presenters, Sound Engineers etc who worked at BFBS Cologne took part at the annual BFBS Cologne Dinner and this year saw the 25th Anniversary after the closure of BFBS Cologne which was based in Parkstrasse 61 in Cologne Marienburg. The last BFBS Cologne Station Manager Colin Rugg opened the evening to welcome all the attendees and guests such as former BFBS Presenters Richard Astbury, Alan Clough, Mark Tyley, Nick Bailey but also remembered the famous BFBS voices that passed away since the last gathering like Peter McDonagh.

During the dinner a video was presented of BFBS Cologne that Tom Hausmann found and kindly shared it with all of us via the internet. Now it is my great pleasure to share that video with the many fans of BFBS Radio.

BFBS-Cologne - A Fairy-Tale from Joe Bloggs on Vimeo.

Posted by Radio International - The Ultimate Eurovision Experience at 18:03 No comments:

Following to the success of the Big Wood Stories which I received some more episodes from a fan who recorded them off BFBS Radio when they were initially broadcast. Uncle Bill stories that first aired on BFBS during the 60s and lived on on BFBS during the following years. A big thanks to Kevin Lach who kindly more stories for our BFBS Radio Archive. Enjoy this trip down Memory Lane! :)

Before with have some more audio stories Also I received a written story narrated by Keith Kelly from the United Kingdom:

Great idea for a trip down memory lane!

I was in Iserlohn with the Royal Engineers during the 70s and there was an occasion when the Regiment had an open day, basically to show the wives and Kids what the blokes actually did at work.

There was a sort of mini fairground, rides on armoured vehicles etc etc AND a beer tent, run by the Corporals Mess. BFBS, before the event, showed great interest and promised to send someone along.

Uncle Bill arrived, quite early in the day, accompanied by the BFBS Outside Broadcast Unit, and they set up their gear next to the beer tent. Throughout the day various events were covered, live, on the radio. Bill seemed to be spending a lot of time in the beer tent, not forgetting the rather boozy lunch in the Sgts Mess!

The time arrived for Bill to do his stuff and a hush fell over the sports fields as we listened to him, broadcasting to the entire Free World LIVE! At the end Bill did what Bill always did and said “Goodnight Children, Everywhere”.  Spontaneous applause erupted from the gathered throng outside the trailer and Bill, not realising he was still ON AIR said, in a very loud, slurred voice,

“That will shut the little fuckers up for another night”

How I, and many around me, didn’t suffer a heart attack at that very moment I will never know.


And now it is time for some more stories as told by Uncle Bill:

BFBS Radio Archive is getting bigger - More Audio has been added 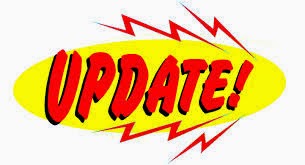 Today I have added a whole pile of BFBS audio that over the last few months have been sent in to me for which I am very grateful. Thank you very much to each and every one of you who contributed to the BFBS Fan Blog. Should you still find something in your Treasure Chests in regards to BFBS audio, please do get in touch with me via CONTACT. But now enjoy the shows, jingles, etc - JP:)

30 Years at Number One

Forces Folk Music Shows over the years on BFBS

At long last: The Big Wood Tales have been found

I received many requests for help to find these great Uncle Bill stories that first aired on BFBS during the 60s and lived on on BFBS during the following years. A big thanks to BFBS's own Richard Astbury who kindly helped us with the search and got hold of a copy for our BFBS Radio Archive. So the entire series is there for all the fans listed below. Enjoy this trip down Memory Lane! :)

Peter McDonagh (PMcD) from BFBS (He of BFBS Angora) - wrote on his Facebook page the following note after seeing that the Big Wood Tales are on the BFBS Radio Archive website here:

(2014-06-03)
Juergen Boernig, BFBS's archivist in Germany, in conjunction with Richard "Asters" Astbury, MBE, has located and placed in the public domain the tales written and performed in the 60s and 70s by Uncle Bill - William Charles Boyden-Mitchell, possessor of the only airtime voice which made Brian Sewell sound common. I was lucky enough to see at first hand the impact of these stories on HM Forces when I flew out for a Directorial BFBS visit to Hohne. This was the home of the 9th/12th Lancers and their Scimitar Tanks. Their Officers' Mess was an ex-Nazi mansion in the deepest woodland. One lunchtime, with Station Manager Steve Britton, we were driven in convoy on Scimitars to this Wolfschanze, and, standing on the steps of the Mess, I was told by the CO how his officers used to rush back from exercise to undergo a daily weekday ritual with Uncle Bill on BFBS.

As Bill started his Big Wood story for the day on the radio (they lasted about 11 minutes each), every officer would pull the cork from an individual 75cl bottle of duty-free scotch, and see how many inches of scotch he could glug while Uncle Bill's story ran. The prizewinner, who had drinks bought for him for the whole evening, was the officer who consumed the most scotch.

The outright winner was a renegade ex Rhodesian Forces Special Forces officer who managed a whole bottle. Sadly, he didn't last too long....

If the Soviets had known this was their opposition during the Cold War, they would have fucked off back to Russia many years before they actually did!

We salute Uncle Bill for his selfless contribution to the Cold War, and the Triumph of the West!
PMcD